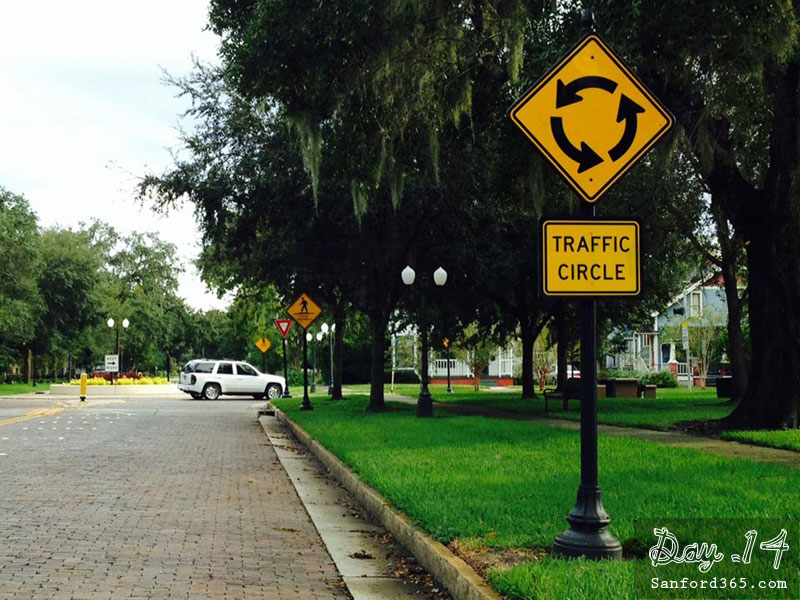 Sanford Trivia: Who can tell me how many roundabouts there are in the historic district of Sanford? (I have no idea but I am suddenly intrigued by the idea of finding out…) Christina took this picture last week of one of Sanford’s roundabouts…

“Something you don’t see too often here in the U.S. – the roundabout. Or the traffic circle as it is apparently called in Sanford.

This intersection on Park Avenue in Historic Downtown Sanford was converted a few years ago from a four-way stop to this quaint traffic circle. It’s nice that it keeps traffic flowing but it has also seen it’s share of comedy.

Many still insist on treating the intersection as a four-way stop, while others ignore the roundabout rules altogether. I also heard that not long after the roundabout was installed a large van plowed through and landed right on top of it in the middle of the night.” 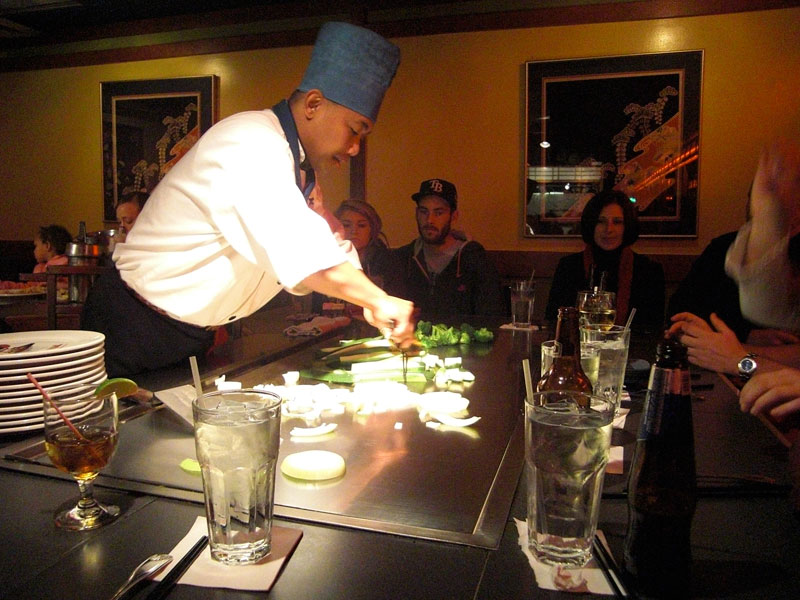