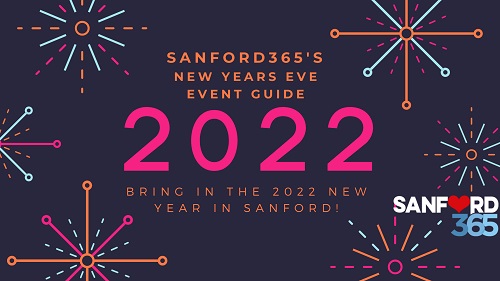 Saying farewell to 2021 and Welcoming in 2022! Be sure to make plans early so that you aren’t left out on bringing in the New Year in the most fashionable Sanford way.

What: Buster’s Bistro will be hosting a New Years Eve party, there will be lots of music, nice suits, beautiful dresses, and enough dancing to carry us through the night. The kitchen will be open with regular menu,however we will provide a New Year Eve Special too. Kitchen will be closed @ 9 pm. FREE toast at Midnight, so don’t forget to bring a date for your New Years kiss!

What: Join us for Silvester 2021 at the Willow Tree! Our New Year’s Eve activities begin at 5 pm and will include:
– Jimmy and Eckhard: Live Traditional German Music 5 pm – 8 pm
– Theos Linsensuppe (homemade Lentil soup – a NYE/New Year’s Day tradition in Germany, Italy and elsewhere)
– COUNTDOWN to midnight on German time, with a live TV feed to the midnight festivities in Deutschland! just before 6 p.m.
And – never to be missed on a German New Year’s Eve – we will be playing the classic British television comedy sketch “Dinner for One,” a beloved tradition on New Year’s Eve in Germany since it was first filmed (in English with German subtitles) especially for the German television audience in 1963.
“Same procedure as last year, Miss Sophie?”
“The same procedure as every year, James!”
*LAST SEATING 7 PM!!** *CLOSED NEW YEAR’S DAY*

What: Ring in the New Year with us at Wops Hops! We’re throwing an Eclectic Dance Party! D.O.L.L.Y. will be handpicking only the finest dance tunes in a wide variety of genres!

What: Yes we have survived 2021, So we gonna party like its 1999. Join us in bringing in the new year. You won’t regret your decision. Well maybe when you wake up on Jan 1st, but you’ll get over that. Mark your Cal NOW! More details to follow as we get closer to the date.

NYE with The Supervillains & More

What: Overkilt Rocks New Year’s Eve at The Alley In Sanford. Bring in the New Year with Food, Family, and Music.

Where: The Manikin Lounge, 407 Sanford Ave

What: The best event of this year is happening this Friday! The Manikin Lounge & Venue 13 Presents the “NYE Fetish Ball!”

What: Come ring in the New Year in style with traveling troubadour, Dave Rowe, at Sanford, Florida’s preeminent Irish Pub.Traveling aboard his motor yacht, Dave traverses the waters of the eastern United States playing gigs in pubs, clubs, and folk music haunts, bringing fun, singalongs, and frivolity wherever he goes.A veteran of Irish Pubs, Dave sings whiskey-soaked drinking songs, songs of the sea, original songs, and selected covers that make people want to sing along.This special New Years Eve performance will kick off at 9:30pm and run until after the ball drops. Come wet your whistle and sing along!

Come celebrate New Year’s Eve with your favorite craft beer bar! DJ Stephen Kaase will be joining us, craft brews will be pouring, delicious sushi & Korean grub will be served, plus a Free Midnight Champagne Toast!

Party starts at 8pm, come early and secure your table! 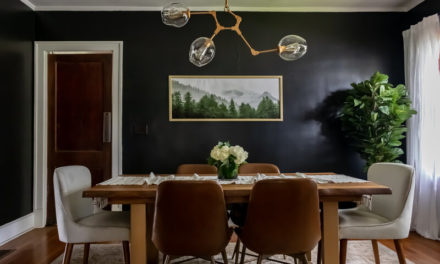 Modern Touches for Your Historic Home

Sweet Tooth or Not – Mattie’s is the new place to be! 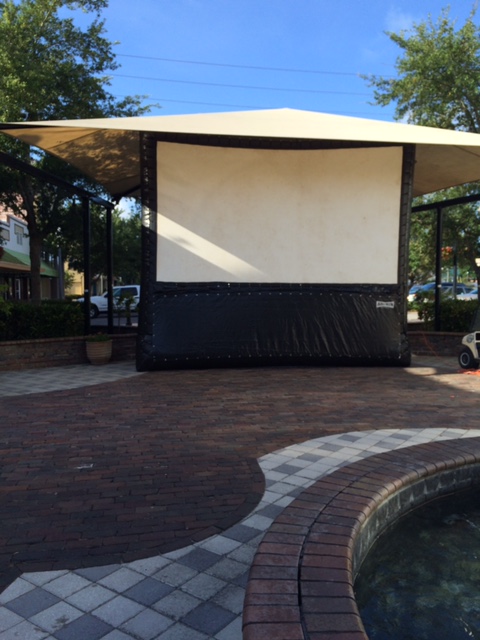 Movie in the Square

Welcome to Carriage Homes at Dunwoody Commons. This gated community is highly desired. Located near shopping centers, restaurants and quick access to major highways. The community offers a pool, playground and sidewalks. This condo features 2 bedroom