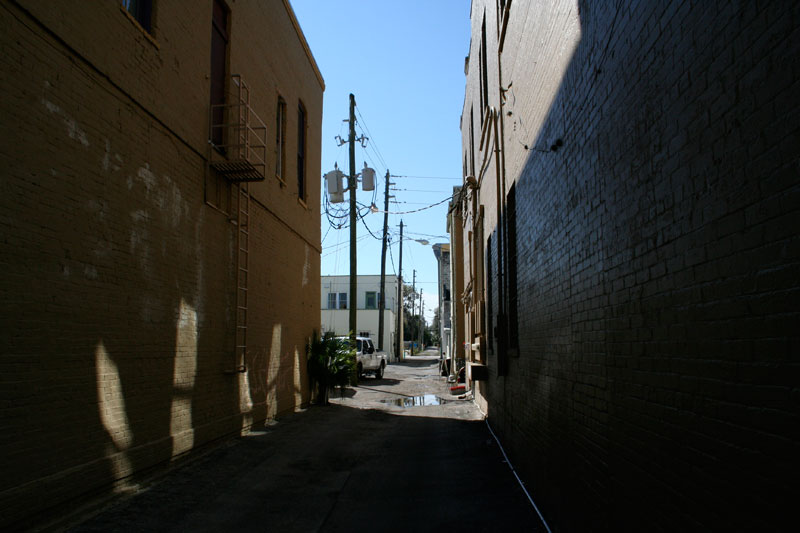 Don’t worry, there’s not really a dark alley in Sanford Downtown, at least not in a negative way. This is merely a shot I took of the small alley right off First Street next to the German restaurant and for some reason it caught my eye as I was walking by. Even though it looks kind of messy, it still had something artsy to me. Walking a bit into the alley I took the shot you see below. I thought the colors came out nicely and the warm oker makes such a nice contrast to the dark alley. 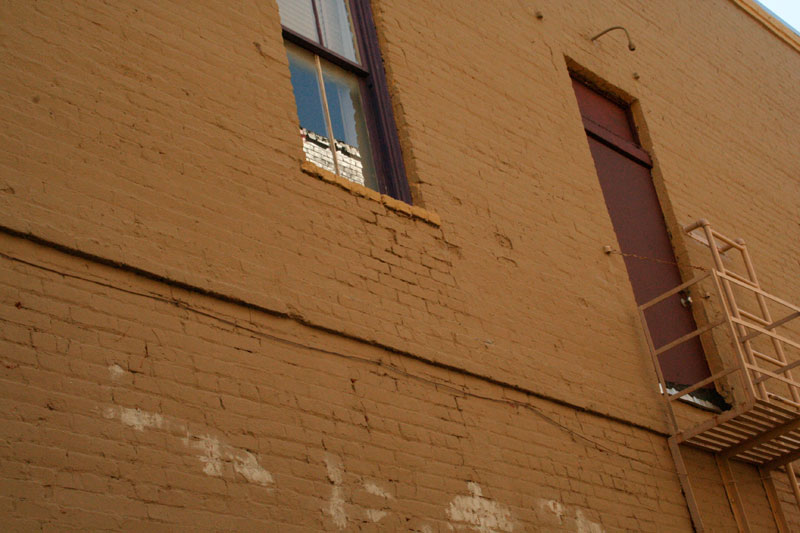 Close up of Dark Alley

Doesn’t look that dark anymore this little alley in Sanford. Without sounding too philosophical, just a reminder that dark alleys aren’t always as dark as you think, just as perceptions or reputations of cities, places and people aren’t always as bad as they may seem at first sight or based on hear say. Just look beyond them and enter the dark alley of misunderstandings to see what it truly reveals. 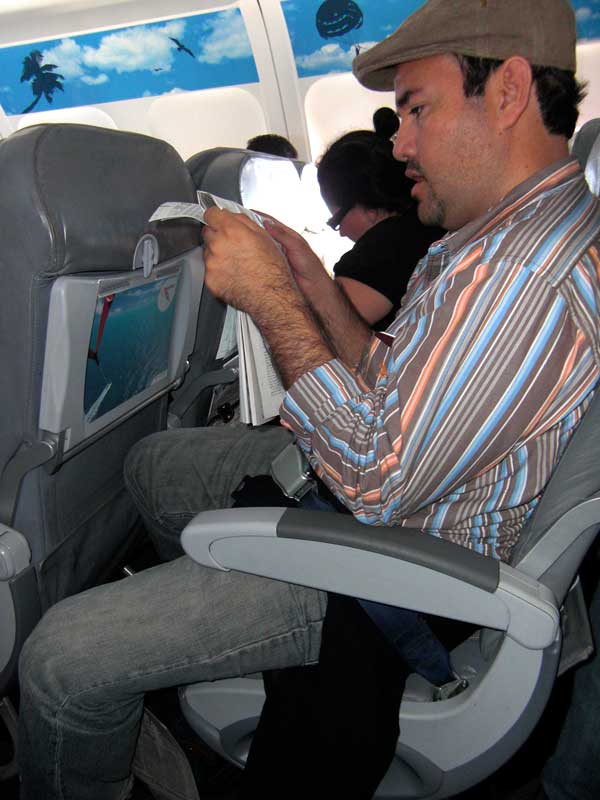 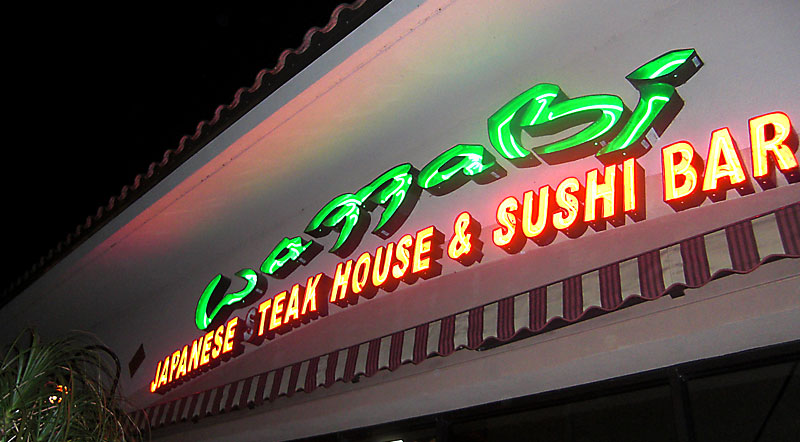