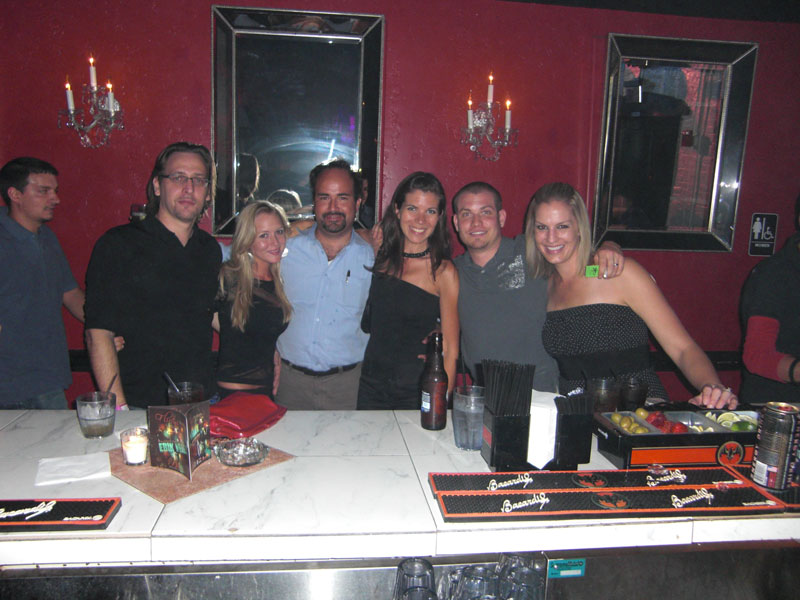 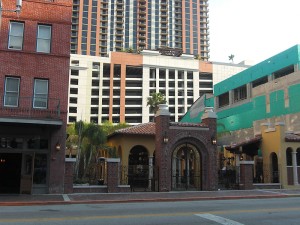 Downtown Orlando is always fun for a night out. So since we were showing homes in Thornton Park and downtown we decided to just stay there “after work” for drinks and dancing.

I didn’t even realize that I hadn’t been out in Downtown Orlando since January! We really spend a lot more time in local bars – not only to support the area but also because of the 25 minute drive from Sanford to downtown Orlando. Or is it also because we’re getting old?

We started early and had a light dinner and drinks at Ember on Central Boulevard, a relatively new bar in downtown Orlando (opened Fall 2008). Ember’s location was formerly known as Kate O’Brien’s Irish pub but has since transformed into one of the hottest spots for Orlando night life.

The outside bar area is absolutely beautiful and just perfect for a those warm summer nights. The bar area is huge and there is plenty of space. The columns and beautiful pavers inside resemble a Mediterranean style. 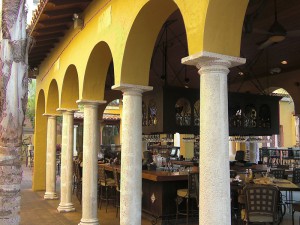 Ember charges a cover on weekends and there’s a Friday Happy Hour from 4pm to 7:30pm. Also a great idea: Ember Winesdays! Every Wednesday $20 get you free hors d’oeuvres and full glass wine samples all night long! I definitely love Ember and can’t wait to go back – only problem: drinks are a bit pricey!

Sorry for the bad interior shot – this is what my old camera did to me and since we were out downtown I didn’t want to take a risk taking my new camera (fear of dropping it accidentally!) 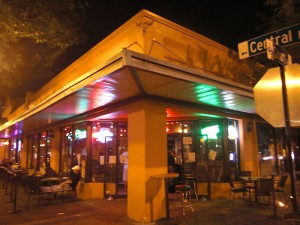 After our visit at Ember we decided to stop by Casey’s (also on Central Boulevard). Drinks here are a lot cheaper and we generally like the atmosphere at Casey’s – and their free popcorn. Fridays are typically packed, Saturdays not as crowded. So we all managed to find seating and enjoyed the live music. 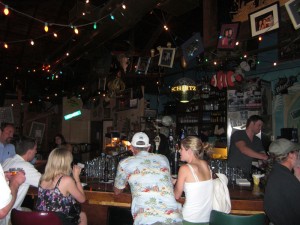 Casey’s is open 7 days a week until 2am. It’s a great place to meet up friends for drinks on a rather relaxed evening or to start your night on the town.

The next stop on our little “Orlando Nightlife Tour” was Bliss Ultra Lounge on Church Street (sorry, bad pic but my camera just isn’t made for night time events), another night life favorite of the Orlando crowd. We had a great time, danced some and enjoyed the music of a quite well known DJ. 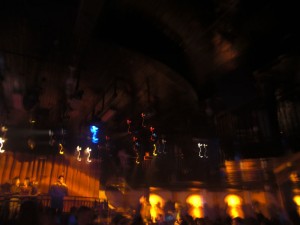 Bliss Ultra Lounge is a trendy club with an upscale atmosphere featuring mainly house and dance music combined with some top 40s. They’re usually open until 3am but check out their web site for more info. 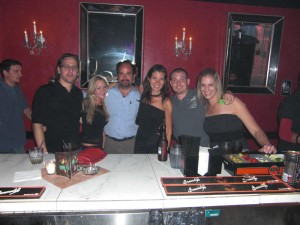 By 1:30am though we were quite exhausted (did I mention I’m getting old?) and since we had a full activity schedule planned for the next day (Aquatica) we decided it was a good idea to slowly move back to Sanford.

Before that though we had to have the obligatory pizza, sometimes the best part of the night 😉

Altogether a fun night out, I hope it won’t be too long until the next time. I really enjoy those nights in the summer time and if you do too, now’s the time to explore Orlando’s nightlife.

Other Orlando downtown nightlife favorites of mine are

But there are many more and honestly, I still discover new places every time I’m out. Feel free to post YOUR favorite Orlando downtown nighlife spot here! 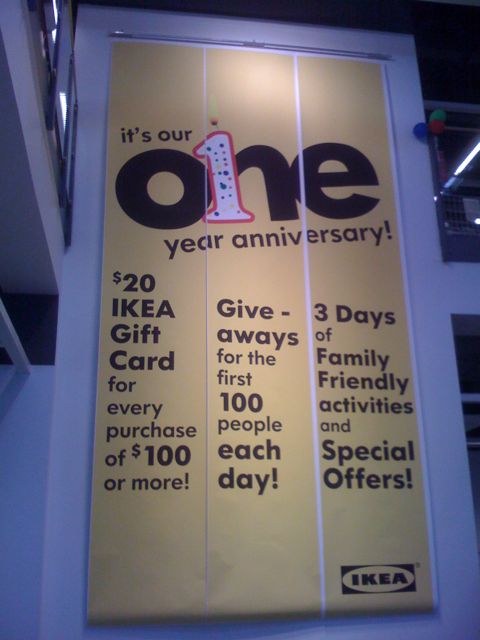