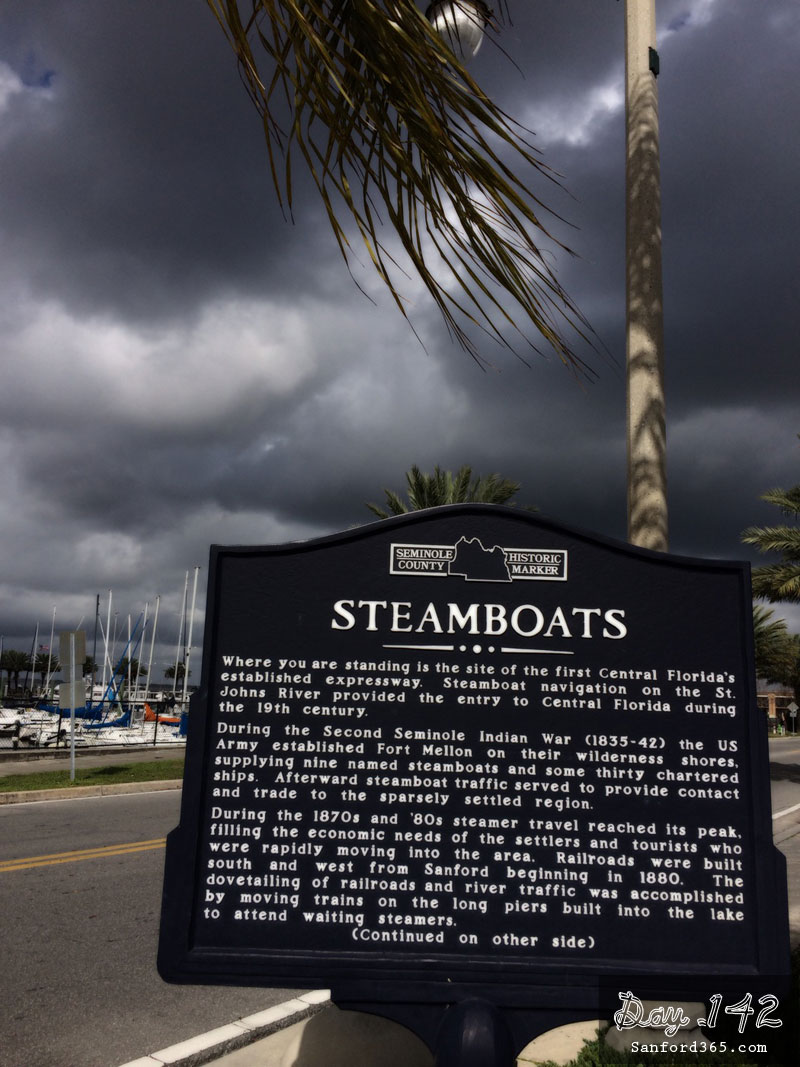 I am loving all the historical markers throughout Sanford and am always excited to “discover” a new one and learn about the rich history of our city. Definitely a case of selective awareness as I am sure these markers have been here for quite a while. Well, there’s always something new to discover in Sanford, even if you have lived here for (*gasp*) an entire decade. (I am just gasping because the fact that I can refer to a decade of my life so easily makes me realize that I am much older than I feel…).

So thanks to my friends over at The Historical Marker Database, I didn’t have to type up the entire marker text to share this interesting piece of history with you and just quoted it from their web site… (just like I did in this post)

Where you are standing is the site of the first Central Florida’s established expressway. Steamboat navigation on the St. Johns River provided the entry to Central Florida during the 19th century.

During the Second Seminole War (1835-42) the US Army established Fort Mellon on their wilderness shores, supplying nine named steamboats and some thirty chartered ships. Afterward steamboat traffic served to provide contact and trade to the sparsely settled region.

During the 1870s and ’80s steamer travel reached its peak, filling the economic needs of the settlers and tourists who were rapidly moving into the area. Railroads were built south and west from Sanford beginning in 1880. The dovetailing of railroads and river traffic was accomplished by moving trains on the long piers built into the lake to attend waiting steamers.

Steamship lines with side wheelers running ships from Jacksonville to Sanford were the Brock Line 1853-77; Debary Line Merchant Line 1876-1883; Debary-Baya Merchant Line 1883-88; Clyde St. John River Line 1889-1933. Daily service between Jacksonville and Sanford was provided by these lines. Among the more well known ships were the Starlight, Fanny Dougan, Magnolia, Welaka, City of Jacksonville, and the Osceola, the only sternwheeler.

The railroad connection to Jacksonville in 1886 started a losing battle for the steamboats. They continued to operate until 1933 when both railroading and steamers had to bow to their common nemesis, the motor vehicle. Today, pleasure boats of all sizes ply the St. Johns River providing the same ambience enjoyed by the pioneer settlers. 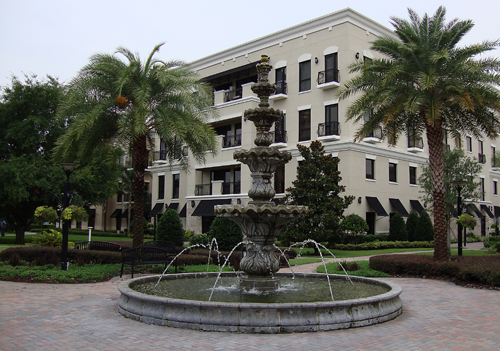 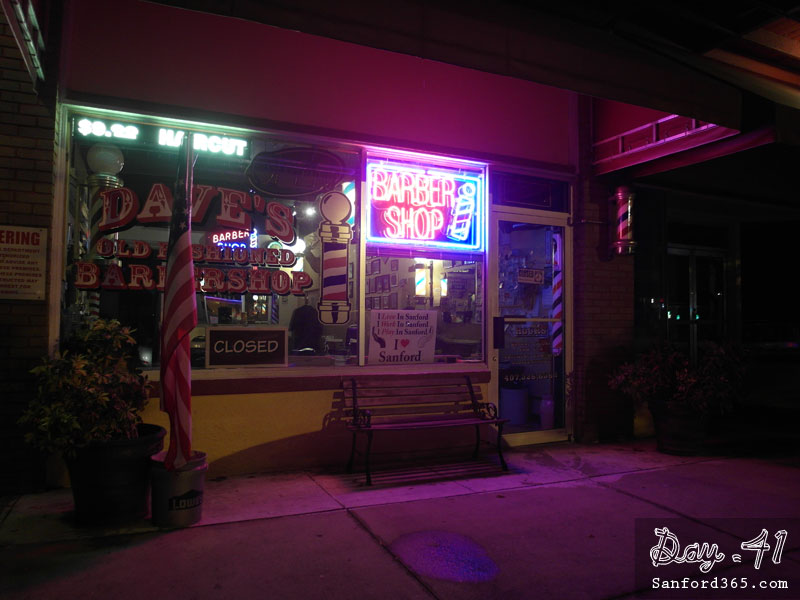